LDM Global deduplicated and organised the data, allowing Ogier to view the documents efficiently and quickly to inform its case strategy while still maintaining the expected billable hours on the case.

LDM Global was contacted by Ogier’s Guernsey office to support the eDisclosure in a construction dispute. Ogier’s client had renovated a house and claimed the renovations were not done properly. The client was suing the architect and the construction company involved, and the lawsuit had been going on for years. 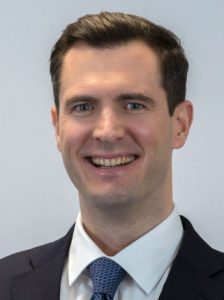 The defendants had a large amount of electronically stored information, or ESI, including photographs, site plans, spreadsheets and architectural drawings. These had been disclosed to Ogier in what the case lead, Ogier Associate Michael Rogers, called the “worst disclosure I’ve seen in my life.” The disclosure was done in seven batches, with both hard copy and electronic files, and resulted in a very high number of duplicate documents in different folders and subfolders. Ogier contracted with LDM Global to process the documents into one database to help streamline the review.

LDM Global’s professional services team processed the documents using an eDisclosure platform. Through simply deduplicating the exact copies of documents, they reduced the data set by 60 percent. The set was then further organised using near duplicate identification, which identifies documents that are very similar to one another but not exactly the same, and email threading, which organises emails back into order so they can be reviewed in the full context.

“Email threading is a game-changer,” Rogers said. “To be able to read the email chain in full rather than by all the separate emails helps immensely.”

Besides the software’s clear advantages, Ogier also benefited from LDM Global’s team of consultants around the world. Rogers said that no matter what time it was, someone always responded quickly.

“Any time I needed something, LDM was there for me. The team was available at any time and would support me,” Rogers said. He added that LDM Global advised on the best way to achieve his objectives.

Additionally, Rogers said the automated index feature was very helpful. Because all of the documents had been input into an electronic system, rather than some being reviewed electronically and some in hard copy, they were automatically added to the index. Ogier was able to give the global index to the other side, showing all of the documents that were relevant to the case.

“It was very helpful to show them and say, ‘here is our index and here is everything we’ve identified as the relevant documents,’” Rogers said. “That makes you look very strong as the plaintiff in litigation, in my view.”

And although the process was more efficient, Rogers said the hours the lawyers expected to spend on the case prior to working with LDM Global remained the same or increased.

“I think certainly having the eDisclosure platform allowed us to be more efficient and do things a lot quicker. My office had been covered in files. By using the software, I was able to view the relevant documents in a nice, chronological set, so it made looking at the documents that much easier.”

Ogier was able to settle the case to their and their client’s satisfaction. Rogers said that using LDM Global’s services helped get to the result more efficiently.

I think certainly having the eDisclosure platform allowed us to be more efficient and do things a lot quicker. My office had been covered in files. By using the software, I was able to view the relevant documents in a nice, chronological set, so it made looking at the documents that much easier.”
Michael Rogers